Welcome to the first my post in this new series; behind the scenes. I am going to start writing about the countries I have visited; I have already done this in the ‘I went there,’ ‘I did this’ sense but now I want to write about what I feel really passionate about and that is, what I actually see.

I feel like most backpackers travel to see different cultures and famous sights. The bloggers and vloggers of the world then make posts about these places as being wonderful adventures full of great culture. And to an extent this is true. But for me not enough is spoken about when it comes to the history, politics or the current economics.

So far in my trip I have been to Mexico, Guatemala, El Salvador and Nicaragua. The country that hit me the most was Guatemala and that at I guess I would’ve thought it was the poorest country in Central America (it is in fact Nicaragua). So I decided to start researching the history, politics and economy and I found out some interesting stuff.

I will begin this series with the country that made me question many things; Guatemala.

This post will be broken down into Facts & Opinion. I will begin writing a little about the country from research I have done and then talk about the things that I saw and piece it all together.

Education is free and compulsory for six years. However, 25.5% of the population are illiterate (the highest in central america) and the indigenous population has illiteracy rates of around 60%. It is also more likely for an Indigenous Guatemalan to drop out early due to the financial strain that going to school puts on the family. (1) Alongside indigenous inequality there is also gender, of the 2 million children who do not go to school, most of them are female. (1b)

Guatemala has one of the lowest budgets for schooling in the world, spending less than 2% of its GDP on education (for comparison the UK spends 6.6%) (1c). A major lack of infrastructure is what makes schooling hard; lack of electricity, sewage systems and drinkable water alongside the cost for school equipment itself, e.g. books.

Again, with the indigenous inequality, the schooling methods used do not account for the non-native Spanish speakers as there are more than 20 Mayan languages in Guatemala and schooling is conducted in Spanish. (1d)
Economics & Poverty

Guatemala is the only country in Latin America where it is continuously getting poorer. The main cause of this is lack of formal jobs meaning that taxes are not paid. Thus leading to a lack of infrastructure and no public investments. (2)

Guatemala also has one of the highest inequality rates in the world. The richest 10% (260 Guatemalans) of the population own roughly 50% of the country’s wealth. The poorest 10% own not even 1%. (3).

Statistically, 59.3% of the population live below the poverty line, following 23% that then live in extreme poverty. Interestingly, the indigenous community suffers the most with 79% below the poverty line and 40% in extreme poverty with 8/10 children suffering from chronic malnutrition. This shows and highlights the racial inequality that Indigenous Guatemalans are receiving. (4)
Opinion

There was one major incident that broke me and I did address it in my backpacking blog post and I will touch on it again here. Whilst we were in the back of a pickup truck the driver ran over a dog, slowly. It did not seem intentional but it was not avoided, and it was awful. To this day I sit and think about the feelings, the sounds and the moment it happened. I get incredibly nervous when I see a dog on the road, and will panic if a car gets near it. It was awful. But that experience made a real shift for me.

There are thousands of dogs in Guatemala. It is the country I have seen the most dogs on the street, the most unwell and malnourished. But as rats are to us, dogs are (mostly) to Guatemalans. And you know what? I started to understand it. Because when you can barely afford to feed yourself and your family where do you have the capacity to love and care for something else? Something else that is also, full of disease, fleas and are sometimes dangerous. Life is incredibly hard for so many people and the attitude towards dogs ‘is not so much a question of cruelty, but one of neglect and lack of understanding’ (6). 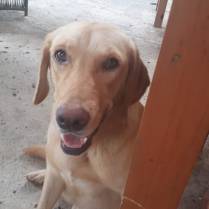 The company Animal Aware has a volunteer and donation program.

The day after the experience of the above mentioned dog, I went to a small restaurant, outside of a tourist attraction (Semuc Champey) and ended up surrounded by children. It began as we were called over by a youngish man offering us beers so we sat down and had one. We then were approached by around six children, some of them spoke a little English and then one of them started to help the older man sell beers to tourists. We chatted with them and played cards and I learnt that this restaurant was home to around 4 families. It seemed more than likely that the kids would follow suit, the girls cooking like the women when they were a little older and the boys out on the front, bringing people in and selling those beers.

The life of Guatemalan children, especially in rural areas clearly shows they are not going to school. I’ve read online on many different websites saying to not buy from children because it ‘encourages’ them to stay out of school and their family is ‘exploiting’ them. But for me, it did not seem for it to be this easy. Firstly, most families want their kids to go to school but this is not an option. The amount of poverty these people are in is unimaginable, and by not buying from the child you aren’t helping the situation. The cost of sending a child to school is unreachable so the problem needs to be fixed another way. The very least you can do is support the families by eating at their restaurants and if you buy a homemade chocolate off a girl in Semuc Champey, you are not encouraging the exploitation, you’re helping to keep her and her family alive with the ability to buy food. 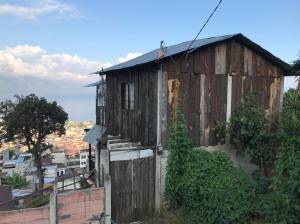 The company World Food Program and Mayan Families are companies dedicated to helping families in Guatemala.

Here are some conclusions I have come to: seeing dogs on the street is heartbreaking, but it was more heartbreaking to be sold beers by a nine year old. I started to think about my veganism and how I wouldn’t buy chocolate. But if a ten year old girl’s only way of making money is selling home-made chocolate, shouldn’t I buy it? Her family probably only owns one cow and that is how they make their money. My brain has been buzzing with so many different questions since my time here and put many different things into perspective.

The dogs need to be controlled; for everyone’s sake. When a dog dies and decomposes, are they close to a families water supply? Will these be the cause of a families illness or death? When their child touches a disease ridden dog how will they afford the healthcare to help cure them?

Schooling needs to be readily available for everyone. Females need to be taught they can be more than just a mother and indigenous people need the same access to education.

There are so many things that need doing to help this country develop and grow so that everyone can flourish. I guess it is a matter of where to begin.

After all of this I still want to say, that I really enjoyed my experience in Guatemala. A beautiful country with friendly locals and delicious food. If you want to read my post about my backpacking experience I will link it here. Even though seeing countries that show signs of poverty can be hard, by travelling to them you are also contributing to their economy and helping people make an income. You can eat and drink at small local restaurants and by souvenirs off people in the streets. You can also educate yourself before going to these countries; learn who these people are and what makes them special.

Thank you so much for reading this blog post. Different things in Guatemala broke my heart but I would go back in a heartbeat, maybe in a more constructive way such as volunteering so I could truly contribute. If you wish to read some of my previous posts I wrote about my one month in Nicaragua and my future 2020 goals.

penny for your thoughts?